The Wolf Among Us

Late last year, I played and reviewed the first episode in the TellTale game series, "The Wolf Among Us".  To paraphrase that review, the episode was great, it ended very strongly, and it made me excited to play the rest of the season. 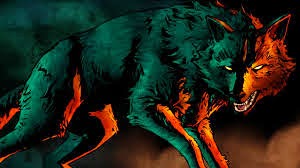 I decided not to review each episode as it came out.  I documented and my first impressions, and now that I've completed the season I can judge the entire story.

As I mentioned, episode one left on a very strong note.  It was shocking, and it pulled you into the story.  Unfortunately, such a high point is very hard to follow up on, and nothing else in the season quite reached that level.

That doesn't mean I didn't enjoy the season.  It was great, and I still recommend that everyone play it.  The finale did have some twists that threw me off guard, there is still plenty of interesting characters and great plot development.

After episode one, I was sure this series would top "The Walking Dead: Season One" as TellTale's best series.  Now, I'm not so sure.  Still, it's definitely a must-play, and I do hope TellTale strongly considers a second season.
Posted by Shaolin Dave at 12:43 AM No comments: