While researching my new game engine of choice, Unity 5, I found a game that was very similar in gameplay design as one of my old Klik n' Play experimental projects.  That's what drew me in to check it out, but the game itself goes way beyond what I thought of at the time, or even since then. 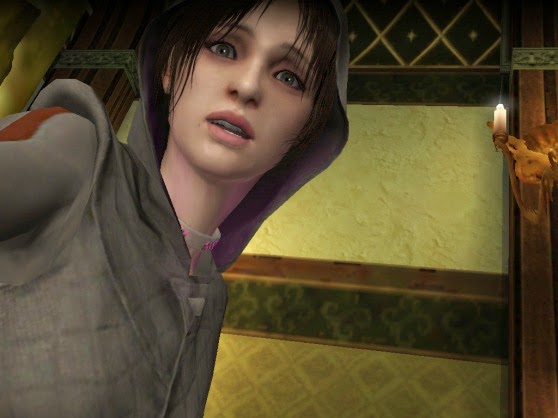 République Remastered by Camoflaj.  You play the part of, well, yourself.  You receive a random phone call from a girl named "390H", or "Hope" as she calls herself (look at "390H" backwards). She's a citizen/prisoner of a totalitarian state.  Accused of poisoning her mind with outside propaganda, she's under treat to have her personality replaced.  Using a stolen cell phone, she makes a random call and contacts you.  From there, you can use the software in the phone to take control of nearby cameras, door, and other objects in her environment.  Using the camera, you can scout ahead of her and guide her to good hiding spots and let her know when certain sections are safe to pass.

So far I've played the first episode, over the past day or so.  I'll probably finish up the other two currently-available episodes within the next week or two.

The game has few flaws.  If Hope is captured, she is "locked" up by the guards.  I say "locked" in quotes, because as the player you can effortlessly unlock the holding cell and simply allow her to walk out.  The only consequence is that sometimes Hope is captured far away from the nearest cell, and it's a long tedious walk back and forth.

Aside from that, and one glitch I encountered that turned out to be hilarious, I can't really find much to complain about.  The overall theme is good, Hope is a likable character that you can't help getting attached to.  The gameplay is mostly linear but it doesn't hinder enjoyment.  The optional collectables are actually interesting, consisting of real-world books that are banned from the fictional society, and one character's collection of indie games on floppy disks (an interesting in-game way to promote other indie titles).

At the time of this writing, République Remastered is $25 on Steam ($35 for the deluxe version).  I highly suggest it.
Posted by Shaolin Dave at 3:10 PM No comments: